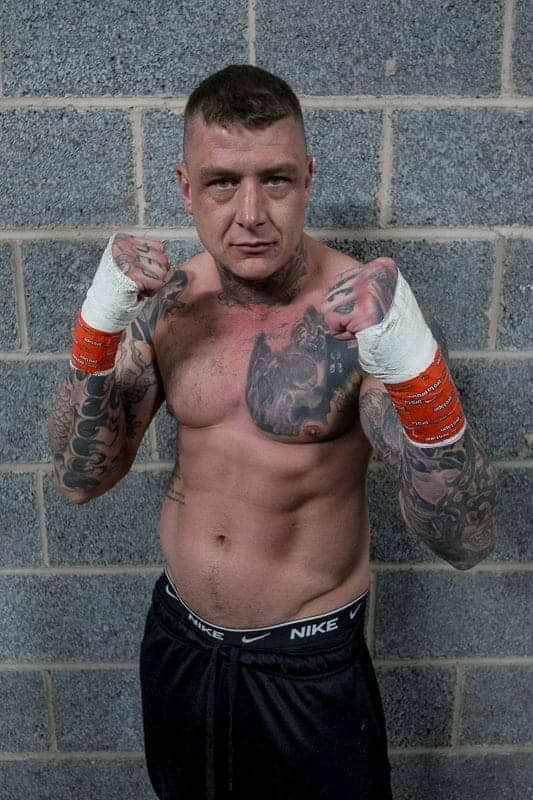 THE RISE OF DAN McGRAFFIN

DAN McGraffin was going to be a loser – but can be crowned world champion next month.

The 34 year old from Wigan was offered the chance to be a journeyman on the professional boxing circuit.

His job would have been to lose to up-and-coming prospects, but McGraffin had more ambition than that.

He joined the bareknuckle boxing circuit and his next fight is for the world middleweight championship.

McGraffin challenges Daniel Lerwell for the title at the Indigo at O2 Arena on Saturday, June 11.

The venue is sure to be filled with 3,000 fight fans and millions more will be tuning in around the world.

“I only started boxing six years ago,” said McGraffin.

“I thought I was too old, but I walked into Brian Rose’s gym in Blackpool and fell in love with it. I had a white-collar fight and there was no feeling like it.

“I was surrounded by decent boxers at Brian’s gym and then I went to the Sharpstyle amateur gym and that brought me on.

“I knew I was toom old to box as an amateur and thought about becoming a journeyman.

“I talked to a manager about it, but decided to take the bareknuckle route instead.

“I’ve realised that this is the sport for me. There are some good boxers in the BKB, but there’s more to it than being a good boxer.”

McGraffin showed he has what it takes by winning his last fight despite breaking his hand in the first round.

That win earned him the European title and next is his shot at world honours.

McGraffin says he has had some “banter online” with the Welshman ahead of their seven-round clash.

McGraffin says the fact he has a win over Dave Round and he held Lerwell to a draw has got under Lerwell’s skin.

He said: “Lerwell doesn’t like Round and he wants to beat the man who beat him.

Lerwell is known as one of the biggest pound-for-pound punchers in bareknuckle boxing – but McGraffin is convinced he has the tools to beat him.

“He obviously hits hard,” said McGraffin, “but I don’t rate his boxing. My coach says if I stand and bang he could catch me, but f I stick to the game plan I will box his ears off.”

THE RISE OF DAN McGRAFFIN

BKB are heading to MIAMI